I made some light apple and cinnamon cakes before but I wanted to make it really more similar to an Italian Torta di mele with added cinnamon, which I love. I tried a recipe given to me by Enrica, a reader of my Italian blog Mangia senza Pancia, and yes, that was it! She also follows Weight Watchers diet successfully and therefore calculated the points for this cake but she uses a former system so I had to recalculate the Propoints. In any case, whichever Weight Watchers version one follows, a nice slice of this light apple and cinnamon cake is only a few points!

Compared to the original recipe from Enrica I added a little bit of baking soda and reduced the sugar: I wanted to replace part of the sugar with honey but then I forgot to add it. Still the cake was very good also without any honey, but I think it’s important to use a sweet type of apples which will function as natural sweetener with zero points. Enrica then used a trick to make the cake very tasty, let’s see how…

Wash, core, peel the apples and then cut them into slices. Toss the slices with the lemon juice to avoid they oxidase and become dark. Set aside.

The dough can be prepared with a mixer as described in the recipe, but also by hand.

Put together eggs and 40 g of sugar in the mixer and whisk for 10-15 minutes until it becomes fluffy and creamy. If you work by hand this will be a very good muscle exercise!

Sieve together flour, baking powder and baking soda. Add the flour mix and the milk to the eggs mixture in 2-3 times together with the lemon peel if desired. If you are using the mixer change to the “k” attachment  and set to the lowest speed. If you are working by hand, try to mix the dough delicately to avoid to lose all the air taken in by the eggs mixture.

Line a round oven dish (diameter = 22 cm) with baking paper: it is better to wet and squeeze the paper as when it’s wet it will easily take the shape of the oven dish. Pour the dough and insert the apple slices: the surface of the dough must be completely filled with apples!

Mix the 3 remaining teaspoons of light brown sugar with the cinnamon if used and dust the apples with it. And here is the nice trick of Enrica: distribute the butter cut in small pieces on the top! This will give a buttery taste to the light apple ans cinnamon cake without using masses of fat!

Cook on the prehated oven for about 35-40 minutes and always test with a stick to check if the cake is still too wet inside. When using the stick try to insert it on the side, as the apples will make it wet anyway.

When done take the oven dish out of the oven and let cool down. Take out of the tin, peel the oven paper off and leave to cool down completely on a rack. If desired dust with icing sugar but also don’t forget to count the extra points although 2 teaspoons for the whole cake won’t change the Propoints for one slice! 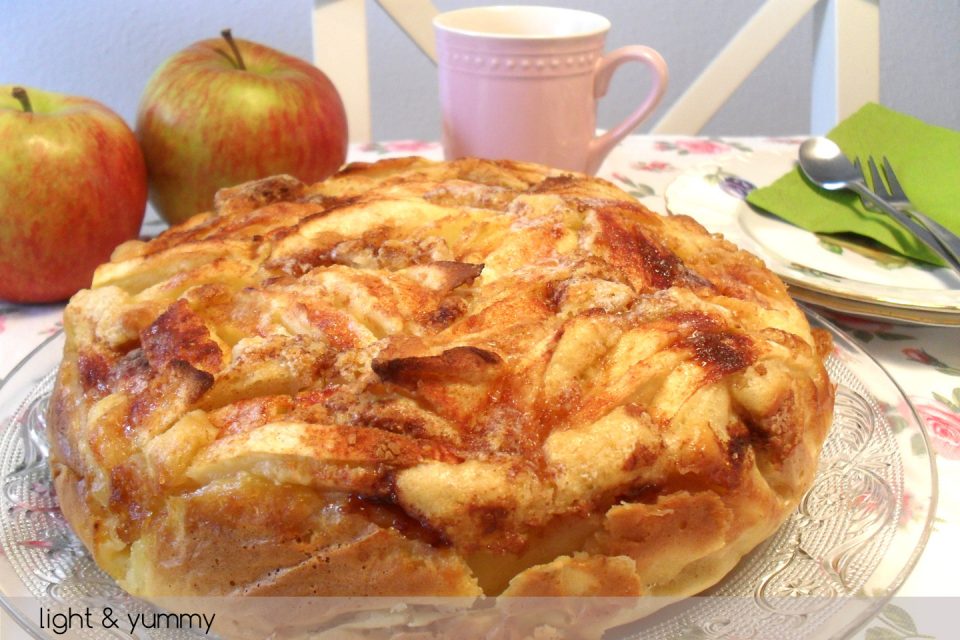 The end result is a light apple cake, delicious in taste and very fluffy: it reminds me of a babà, a very popular Italian cake, topped with apples! The trick of the butter on the surface is very clever: the cake will have a buttery scent and taste but if the same amount of butter would have been inserted in the dough it won’t have sorted the same effect…

Have a slice and enjoy!

You can make the light apple and cinnamon cake in other shapes and with other cooking techniques…: 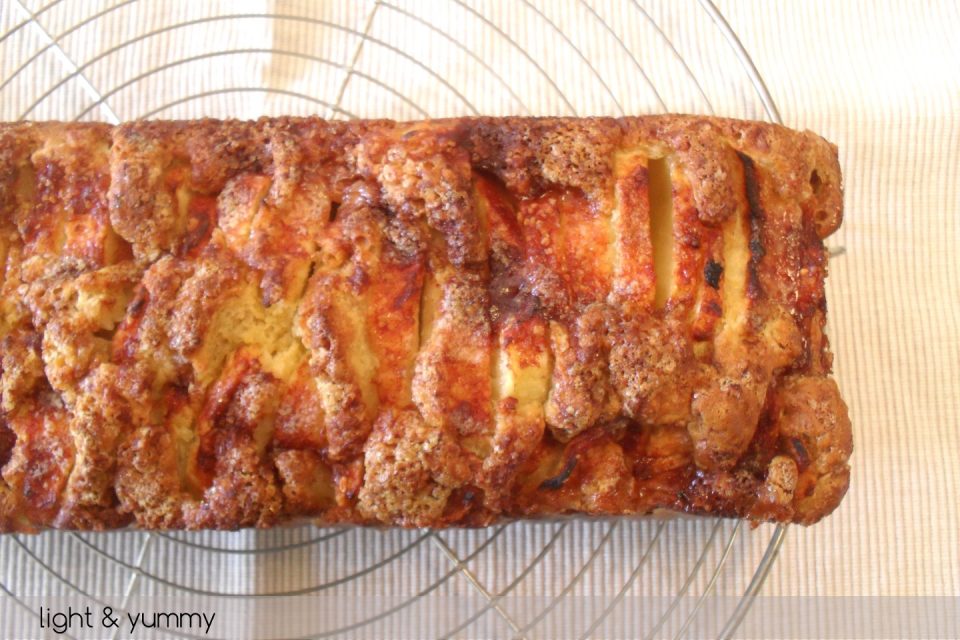 This picture above shows the cake made in a plumcake oven dish. 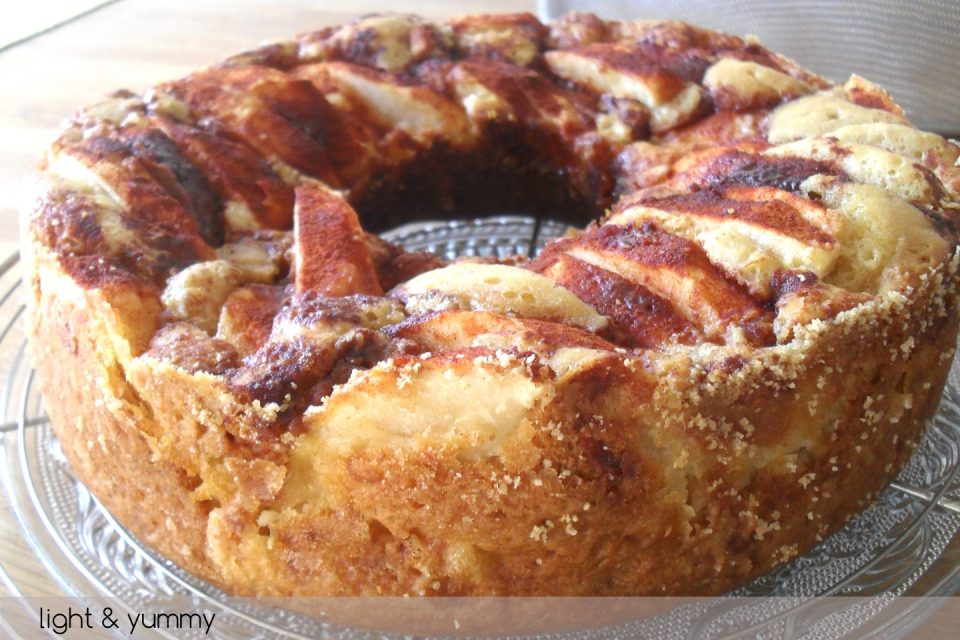 This is the version done on the cooker. Yes, you read well: the cooker! I have a special pan, in Italian is called fornetto Versilia, in Dutch wonderpan… This special pan is used to bake cakes or savoury dishes and breads on the cooker instead than in the oven. If you are camping or it’s too hot to put the oven on, here’ the solution! And the cake is very nice as it is when cooked in the oven too!

This site uses Akismet to reduce spam. Learn how your comment data is processed.